India is a land of a wide variety of festivals. India being an agrarian nation, these include en number of harvest festivals. The month of January is the time of harvest in the majority of India, and it thus constitutes a season of festivities too. The Makar Sankranti marks the end of the winter solstice and the sun’s transit which results in longer days. This occasion is marked by festivals across India, with similar rituals and celebrations, although known by different names. Let’s look into a few… 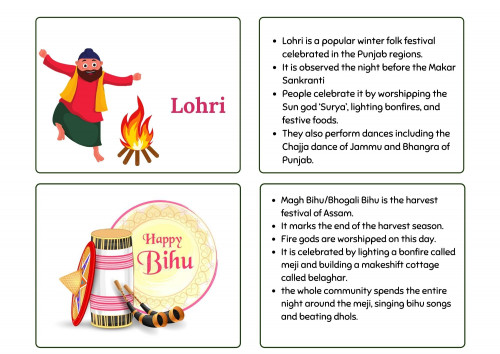 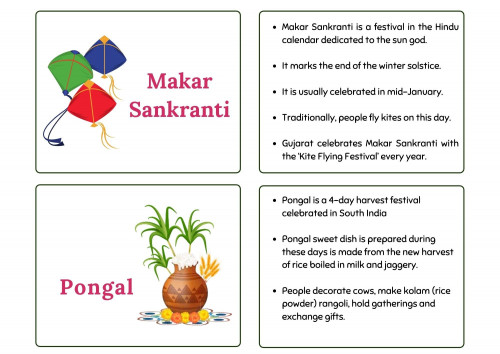 Makar Sankranti is celebrated across India. Sun god ‘Surya’ is worshipped on this day. It is usually
celebrated in mid-January. This festival is also known as Uttarayan as the Sun begins it’s journey to
the North.
The festival is a religious celebration as well as a seasonal observance and marks the winter solstice,
when the shift of the sun leads to ever-lengthening, longer days.
Traditionally, people fly kites on this day. You may see the sky filled with numerous kites. Gujarat
celebrates Makar Sankranti with ‘Kite Flying Festival’ each year.

Pongal is a 4-day harvest festival celebrated in South India. It corresponds to ‘Makar Sankranti’ and is
celebrated to thank the Sun god ‘Surya’ for helping the farmers grow and yield crops throughout the
year.
Pongal sweet dish is prepared during these days which is made from the new harvest of rice boiled
in milk and jaggery. People decorate cows, make kolam (rice powder) rangoli, hold gatherings, and
exchange gifts.

Lohri is a popular winter folk festival celebrated in the Punjab region and marks the harvest of rabi
crops. It is observed the night before the Makar Sankranti. Earlier Lohri used to mark the coldest
night of the year followed by the longest night and shortest day of the year.
People celebrate it with worshipping the Sun god ‘Surya’, lighting bonfires and festive foods. They
also perform dances including the Chajja dance of Jammu and Bhangra of Punjab.

Magh Bihu/Bhogali Bihu is the harvest festival of Assam. It marks the end of the harvest season. Fire
gods are worshipped on this day.
It is celebrated by lighting a bonfire called meji and bulding a makeshift cottage called belaghar. The
whole community feasts together in and around belaghars and an entire night is spent around the
meji, singing bihu songs and beating dhols. 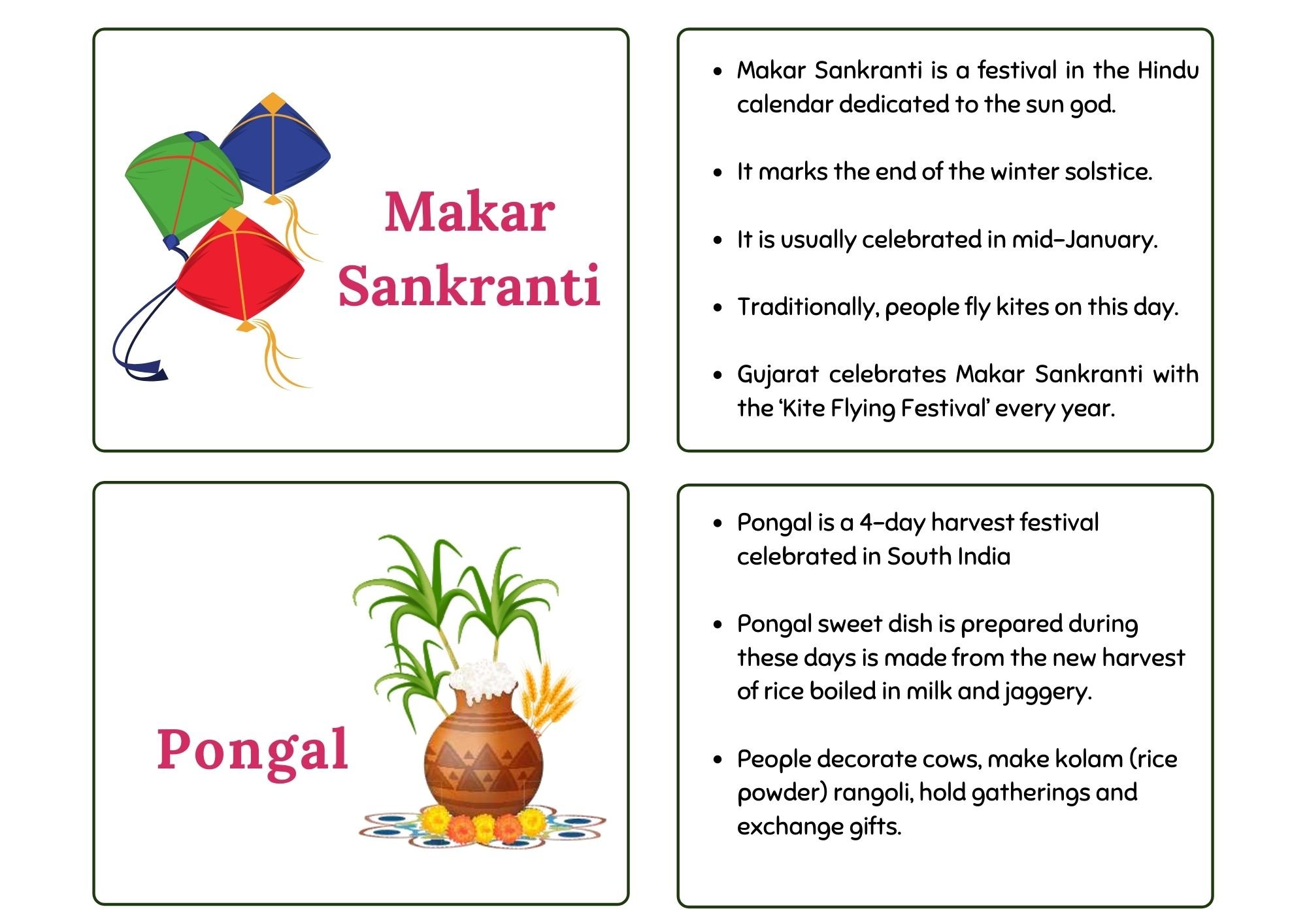 +91 7483742166
+91 7760318886
info@mummaworld.com
www.mummaworld.com
We use cookies on our website to give you the most relevant experience by remembering your preferences and repeat visits. By clicking “Accept”, you consent to the use of ALL the cookies.
Cookie settingsACCEPT
REJECT
Manage consent