Activity- I am part of a World

Kids are curious to know everything. Here is an activity for children where they will learn that they are a part of much bigger world. They will understand the concept of city, state, country, planet and universe. So are you ready to get creative?! 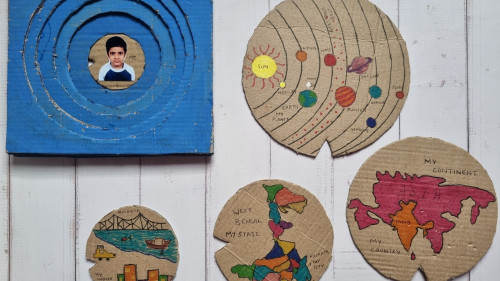 What will your kid learn?

+91 7760318886
info@mummaworld.com
www.mummaworld.com
We use cookies on our website to give you the most relevant experience by remembering your preferences and repeat visits. By clicking “Accept”, you consent to the use of ALL the cookies.
Cookie settingsACCEPT
REJECT
Manage consent