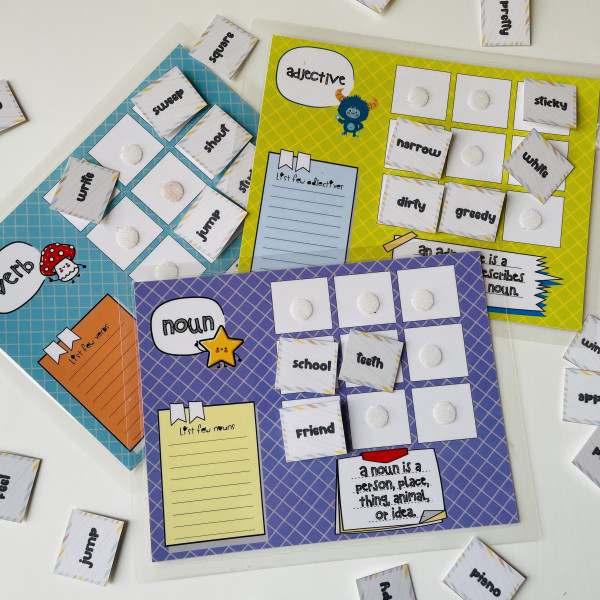 Child will learn:
Kids need to sort the elements between noun, verb and adjectives on respective mats.
On the activity flashcards kids need to
write if the word is a noun, verb or an adjective.

+91 7760318886
info@mummaworld.com
www.mummaworld.com
We use cookies on our website to give you the most relevant experience by remembering your preferences and repeat visits. By clicking “Accept”, you consent to the use of ALL the cookies.
Cookie settingsACCEPT
REJECT
Manage consent